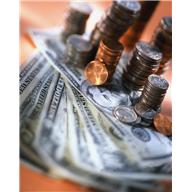 In what likely foretells a bitter probate battle to come, a judge ordered Wednesday that the body of wealthy Alamo Heights woman who died Tuesday not be cremated before an autopsy is performed.

A woman with brain cancer passing away is not normally a mysterious event that would cause people to wonder about the cause of her death. On the surface, it is not a case that would make you think an autopsy would be necessary.

Gail Weir recently passed away in San Antonio. She was a lifelong nurse and former beauty queen. She suffered from brain cancer. Hours after her death a judge issued an injunction against having her body cremated until an autopsy could be performed.

This is an unusual case. However, as reported by My San Antonio in an article titled "Court battle begins over estate of wealthy Alamo Heights woman," Weir's estate might be worth up to $3 million. Early versions of her will had left most of her estate to her two children. However, the final version of the will filed soon after her death leaves most of the estate to her two brothers and very little to her children. It is the children who suspect foul play and who asked for the autopsy. To complicate things even more, Weir married a local attorney while she was sick. While this marriage was annulled, an earlier version of her will leaves a portion of the estate to the attorney.

The injunction and autopsy are only the first phase in what is likely to be a very long battle over the estate in probate court. For their part, the brothers did not object to the autopsy. However, that does not mean they will not fight in probate for the estate whatever the results of the autopsy turn out to be.