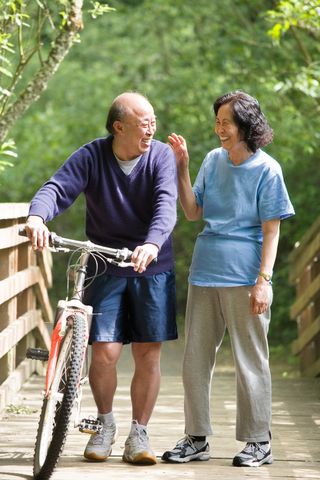 “Springfield, Mass. is known as the “City of Firsts.” It is called the “Birthplace of Basketball” and is home of the first gas-powered car.”

This summer, Springfield, Massachusetts became the first place to receive three marks of “age-friendliness,” as designated by a global initiative of the World Health Organization. This town in western Massachusetts, with a population of about 155,000 people—and a third of them who are age 55 or older—has been designated “age friendly,” meaning it has made a commitment for improving quality of life for all residents, with a focus on the older population. What’s extra nice, says Next Avenue in the article “Is Springfield, Mass. The Best Place in America to Grow Old?” is that what’s great for seniors is also good for others.

A wider sidewalk and streetlights that provide more time to cross busy streets are good for people who depend on walkers or wheelchairs, but they’re also good for parents with kids in strollers, teens with a cast, or kids on bicycles.

Starting in 2012, AARP’s Network of Age-Friendly States and Communities has named age-friendly city designations throughout America. There are more than 400 such municipalities, meaning that they’re committed to policies and services that support aging well.

Age-friendly awards may be new to Springfield, but the city’s commitment to its older demographic is not. The Live Well Springfield Coalition is centered on collaboration to attain a positive future of aging. There are twenty-five organizations that work together, including city departments, regional transit and healthcare groups. Not everything is in place, said a representative, but many innovations are flourishing.

Among them is a mobile organic fresh market that stops at buildings where older adults live, the library and medical center during the summer and fall. Many senior center services and activities are free. On Tuesdays, public transportation is free. So are many fall-prevention programs, bus routes to the Jordan Senior Center, one of five senior centers in the city and connections to aging-in-place modification sources.

In June 2019, Springfield’s Baystate Medical Center and three Springfield community health centers were awarded the designation of age friendly. The Age-Friendly Health Systems movement was created in 2016 by The John A. Hartford Foundation and the Institute for Healthcare Improvement, in partnership with the American Hospital Association and the Catholic Health Association of the United States.

The hope is that in years to come, there will be many such communities throughout the country. In the future, cities and healthcare systems that aren’t focused on being age-friendly, will be behind the curve.

Reference: Next Avenue (October 31, 2019) “Is Springfield, Mass. The Best Place in America to Grow Old?”