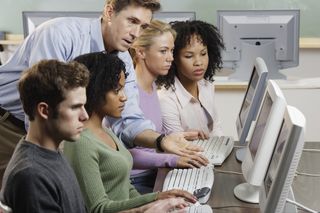 Does a person's right to privacy extend past death? In this digital age, yes, according to legislation passed by the 2015 General Assembly — the first of its kind in the country. The Privacy Expectation Afterlife and Choices Act aims to assure that a person's electronic footprint remains off-limits after death — even to his or her close kin — except under very strictly controlled circumstances.

Have you ever wondered what will happen to your digital accounts after you die? Will anyone have access to your email or Facebook page?

One the biggest problems estate administrators face today is gaining access to a deceased person's online accounts. Digital accounts such as email, online payment sites and even social media accounts can contain valuable information and clues about the deceased's business and financial dealings. Not having access to that information can hamper administering the estate.

Nevertheless, most technology firms have taken the stance that digital accounts remain private after death and consequently they make gaining access difficult.

In Virginia, legislation is awaiting executive branch action that would allow executors access to digital accounts, if certain conditions were satisfied.

Legislation initially proposed was supported by estate attorneys, but fiercely opposed by technology industry lobbyists. A counter bill was proposed that would keep digital accounts private after death.

The two sides reached a compromise that would allow executors access to information for the 18 months preceding a person's death. However, to actually access the information, prior consent of the deceased would be needed.

Thus, for an example, an executor could see who sent the deceased emails, but could not read the contents of the emails themselves without prior consent.

As reported by The News Tribune in an article titled "Va. legislation seeks to protect digital privacy after death," the proposal has passed the legislature and awaits the signature or veto of the governor.